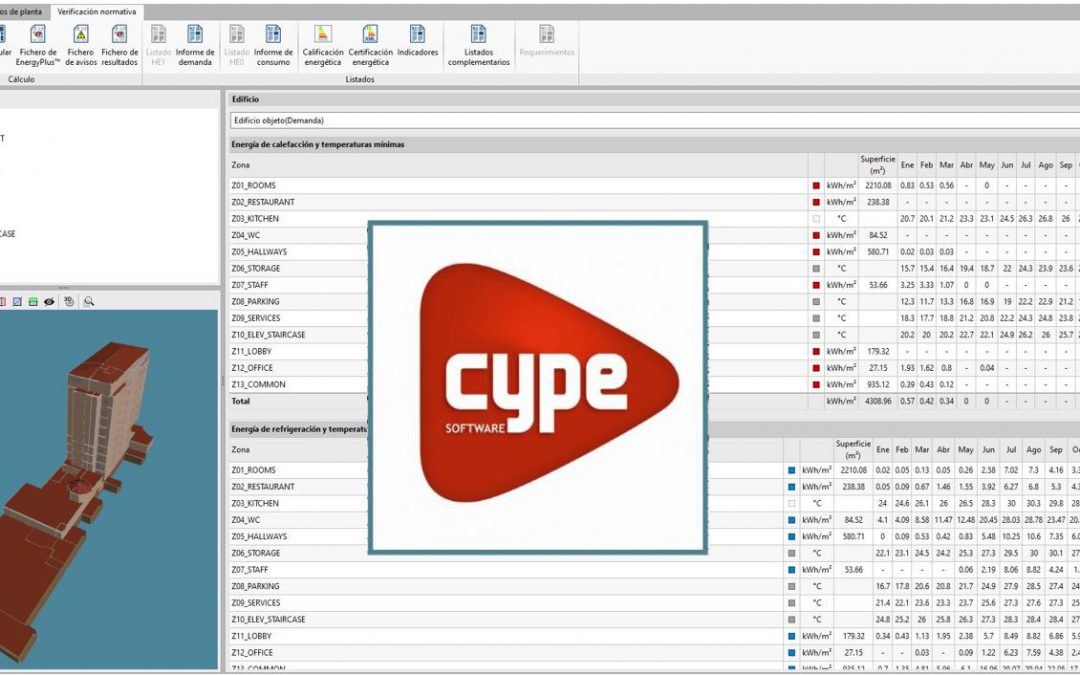 At the beginning of the ALDREN project it was agreed by all partners to stablish a software that could be used as reference to run the different energy modules on the pilot buildings. CYPE software developing company, was contacted to offer a preview of the different software available on its portfolio.

Once decided that Cypetherm Cometh, energy certification software in France, and Cypetherm HE plus, mandatory certification software in Spain, were going to be used to run the energy studies, CYPE offered a 3 day online course to the ALDREN consortium to introduce its software interface and input procedure. The webinars took place the 20th, 26th and 27th of March 2018 and were conducted by Benjamín González and Nieves Robles. Since then, CYPE has been assisting the consortium on every doubt that appeared during the process, providing direct access to the CYPE´s technical support department.

During the development of the ALDREN procedure on the pilot buildings located in Spain, IVE has been in direct contact with the technical support department. Several discussions about the building systems description took place to adjust to the maximum the software capabilities to the real context of each pilot aiming to improve the representativeness of the simplified energy simulation and to adjust the usability of the software towards the ALDREN project requirements.

It is important to mention that the use of both software, Cypetherm cometh and Cypetherm HE plus, by the ALDREN consortium has demonstrated that the simplified energy simulation software can be implemented by offering a more extensive catalogue of building systems that can increase the accuracy of the overall energy certification process.